Haven't finished it yet; I read it in long spurts. What I've read has changed my outlook on the world, dramatically. Deloria has a lot of really interesting things to say about the validity of ... Ler crítica na íntegra

All Vine Deloria's books are a MUST READ. If you don't have the time to read them all, read this one. Ler crítica na íntegra

Vine Deloria Jr., is a leading Native American scholar whose research writings, and teaching have encompassed history, law, religious studies, and political science. He is the former executive director of the National Congress of American Indians. Named by Time magazine as one of the eleven greatest religious thinkers of the twentieth century, he is the author of numerous acclaimed books, including God is Red, Custer Died for Your Sins, Power and Place, and Red Earth, White Lies. Mr. Deloria lives in Golden, Colorado.

Sam Scinta is president and publisher of Fulcrum Publishing and the creator of Fulcrum's best-selling Speaker's Corner series on contemporary political affairs. 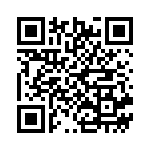