Pßgina 266
It did, at both the municipal and Crown levels. In both cases it was ignored by
those concerned. A casual glance at the minutes of the municipal council for the
seventeenth century reveals the frequency with which laws concerning sanitation
...
Pßgina 269
Urban sanitation may have improved during the viceroyalty of the Count of
Sabugosa, but his successors were lax and even opposed certain improvements
suggested by the municipal council.” The letters of Vilhena written at the end of
the ...
Pßgina 418
... 27; membership numbers, 27; class distinction, 27; expulsion, 27; threatened
with excommunication, 27; 'rigged” elections, 27, 352; loans to official bodies by,
28–9, 352; relations with Crown, 28, 32, 294; relations with municipal council, 28,
... 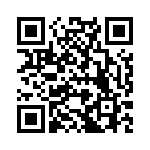