Página 90
Latin America, In January, Soviet news media strongly encouraged a strike that
had practically paralyzed Colombia (Pravda, 30 January). However, later in the
year, Moscow sought to improve state relations with a visit by a Soviet delegation
...
Página 202
(Ibid., 4 January; Washington Post, 14 January; CSM, 16 January; NYT, 24
February; Radio Free Europe Research Report, 3 April.) Initially Carrillo ignored
Semprun's attack, refusing to give publicity to what was "beneath contempt.
Página 226
According to the German Frankfurter Allgemeine Zeitung (17 January) U Saw Oo,
Central Committee member of the BSPP, made it clear to journalists that Peking
continues its material support of the BCP and that there is no longer any hope in
... 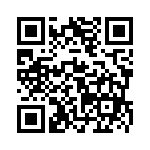