Página 296
Lucullus raising objections and asking them to come another day, they refused,
and they stopped him from conferring with his servants : only, at his request, they
let him tell one of them in their presence, " Dinner to-day in the Apollo". This was
...
Página 298
8-10, where the poet Madrigal says, I ha' supt in Apollo\ ALM. With the Muses ?
MAD. No, But with two Gentlewomen, call'd, the Graces. ALM. They were ever
three in Poetry. MAD. This was truth. Sir. Mr. B. H. Newdigate in a letter to The
Times ...
Página 500
Apollo stopt him there, and bade him not go on ; Twas merit, he said, and not
presumption 30 Must carry "t ; at which Ben turned about, And in great choler
offer'd to go out. But Those that were there thought it not fit To discontent so
antient a wit ... 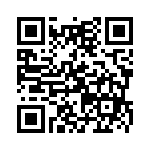