Lisa Jardine was born in Oxford, England on April 12, 1944. She studied mathematics and English at university receiving a MA in the literary theory of translation from the University of Essex and a PhD from the University of Cambridge with a thesis on the scientific genius of Francis Bacon. She taught English at Warburg Institute, the University of Essex, Cornell University, Cambridge University, and Queen Mary and Westfield College. She wrote several books during her lifetime including Francis Bacon: Discovery and the Art of Discourse, Ingenious Pursuits, Worldly Goods, Global Interests: Renaissance Art Between East and West, and Temptation in the Archives: Essays in Golden Age Dutch Culture. Going Dutch: How England Plundered Holland's Glory won the $75,000 Cundill International Prize in History in 2009. She received a Royal Society medal for popularizing science and was appointed CBE in 2005 for her contribution and commitment to state education. She died of cancer on October 25, 2015 at the age of 71. 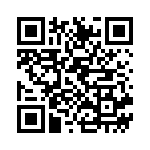