Pßgina 103
The SKP was represented at numerous foreign party congresses, among them
the 1 1th congress of the Italian CP (January), the 23d congress of the CPSU (
March-April), the 13th congress of the CP of Czechoslovakia (May-June), the
15th ...
Pßgina 493
pretext of "supervising the correctness of the translations," and Li Wen-yao, a
Chinese delegate, could only be silenced by having the microphones switched
off (BTA, June 9, 13; Radio Belgrade, June 9; Radio Sofia, June 9; Mlada Fronta,
...
Pßgina 494
"resolutely opposed to any type of cooperation with the Christian Democrats on
an international level" and denounced the "reactionary nature" of the WAY and
the IUSY (Prensa Latina, June 14). The main reports delivered at the assembly ... 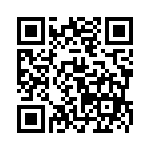