Henry Howard was born in Hunsdon, Hertfordshire, England, in 1517. He was descended from kings on both sides of his family, and was a cousin to both Anne Boelyn and Catherine Howard. In 1532, he married Lady Frances de Vere, at that time 14 years old. Highly involved in the political turmoil surrounding Henry VIII, he was confined at Windsor Castle from 1537 until 1539. He was executed for treason on January 19,1547 at the age of 30. Howard is remembered for his poetry, chiefly written during his confinement at Windsor. He is noted for adapting Italian forms into English verse. He wrote with a lyrical and smooth quality, and developed the sonnet form later made famous by William Shakespeare. He was also the first English poet to publish in blank verse, or unrhymed iambic pentameter, which was to become immensely popular in the centuries to follow. Howard's poetry was published in 1557 in Tottel's Miscellany, and is available in numerous collections. 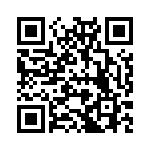