James Clackson is Professor of Comparative Philology at the University of Cambridge. He is the author of Language and Society in the Greek and Roman Worlds (2015), Indo-European Languages (2007) and The Linguistic Relationship between Armenian and Greek (1994). He is co-author of The Blackwell History of the Latin Language (with Geoffrey Horrocks, Wiley-Blackwell 2007), and co-editor of Indo-European Word Formation (with Birgit Anette Olsen, 2004), and Nominal Composition in Indo-European Languages (with Torsten Meißner, 2002). 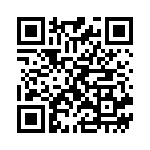