Página 75
If an Indian be painted with white outlines, yet ' be will appear to be black, for the
flatness of his nose, the up- ' right curls, and the superfluous cheek, and the
expression about ' the eyes, as it were of terror, make what we see appear black,
...
Página 204
While it appears, therefore, that two millions is by no means so vast as to be
incredible, we are inclined to believe that the inhabitants of Babylon, in its most
populous time, fell short of that number. From what Strabo says of that city, when
...
Página 354
Lithographic engraving appears to have been expressly invented to facilitate and
cheapen the publication of Oriental writings, the characters of which can scarcely
be imitated by ordinary types, to give a faithful copy of inscriptions, and to ... 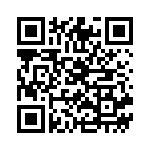