Página 27
Other writers disguise the most natural passions and most frequent incidents ; so
that he who contemplates them in the ... only shewn human nature as it acts in
real exigencies , but as it would be found in trials , to which it cannot be exposed .
Página 45
Rowe is of opinion , that perhaps we are not to look for his beginnings , like those
of other writers , in his least perfect works ; art had so little , and nature so large a
share in what he did , that for aught I know , says he , the performances of his ...
Página 113
The Tempest and The Midsummer Nights Dream , are the noblest efforts of that
sublime and amazing imagination peculiar to Shakespeare , which soars above
the bounds of nature , without forsaking sense ; or , more properly , carries nature
... 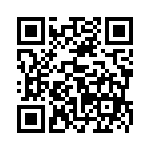