Bruce David Forbes is Professor of Religious Studies at Morningside College in Sioux City, Iowa. Jeffrey H. Mahan is Academic Vice President and Dean of the Faculty at the Iliff School of Theology in Denver, Colorado and coauthor of Shared Wisdom: A Guide to Case Study Reflection in Ministry (1993). 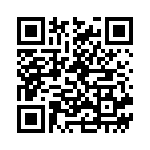