Michael Kackman is Assistant Professor of Media Studies in the Department of Radio-Television-Film at the University of Texas at Austin. He is author of Citizen Spy: Television, Espionage, and Cold War Culture

Marnie Binfield is a doctoral student in Radio-Television-Film at the University of Texas at Austin.

Matthew Thomas Payne is a doctoral student in Radio-Televison-Film at the University of Texas at Austin. He is coeditor (with Nina B. Huntemann) of Joystick Soldiers: The Politics of Play in Military Video Games, also published by Routledge.

Allison Perlman is Assistant Professor in the Federated Department of History at the New Jersey Institute of Technology and Rutgers University-Newark.

Bryan Sebok is Assistant Professor of Media Studies at Lewis and Clark College. 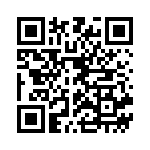