Página xi
He replied : “ Cćsar did never wrong , but with just cause . " and such like , which
were ridiculous . But he “ redeemed his vices with his virtues : there was ever
more in him to be praised than to be par“ doned . ” As for the passage which he ...
Página 32
The best courtier of them all , when the court lay at Windsor , could never have
brought her to such a canary . Yet there has been knights , and lords , and
gentlemen , with their coaches ; I warrant you , coach after coach , letter after
letter , gift ...
Página 5
William Shakespeare. prays for all , that , in the thanksgiving before meat , doth
relish the petition well that peace . 2 Gent . I never heard any soldier dislike it .
Lucio . I believe thee ; for , I think , thou never wast where grace was said . 2 Gent
. 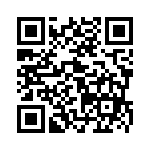