I have a master's degree in English and Comparative Literature from Columbia University, where I was a Woodrow Wilson Fellow, and I was an instructor of English and Classics for five years at Columbia, City University of New York, and other universities. For 25 years I was an investment analyst, writing and editing investment reports for several companies in the U.S. and Switzerland. In both academe and business, I have always been regarded as an articulate writer and a superior editor. In fact, I am listed as an editor in both the online (under the name of my no longer active website, EditAndPublishYourBook.com) and hard-copy (under my own name) versions of Literary Marketplace, which vets its listings quite thoroughly. I can provide references upon request. Recent projects include editing Flatlands, a novel written by Susan Sims Moody of Tennessee and published in November 2003 by iUniverse.com; Mercy, Mrs. Moody's second novel, published in February 2006 by iUniverse.com; Dealing With Builders by Christopher A. Dorris, and The World Heavyweight Champions by Poncho Rocky Kid, both published by iUniverse in 2005; arranging online distribution for Donald E. DeMarco's Nantucket Taste Memories: The DeMarco Restaurant Cookbook, self-published in October 2007; editing and publishing four works of my former Kenyon professors: Bruce Haywood's Bremerhaven: A Memoir of Germany, 1945-1947; Denham Sutcliffe's Letters From Europe, 1938; and Virgil Aldrich's two books, My Century and Philosophical Reflections; editing and publishing Deborah Craig's Paddle, The Extraordinary Duck in both English and German; editing and publishing John Dunham's children's book, Hogan, and putting back into print his father's memoir, The Wartime Journals of Byron V. Dunham; editing and publishing the English translation of Buddhi Lal Bhandari's memoir, Journey of Life; editing marketing material for an oil services company that Christopher A. Dorris hopes to take public; editing the English editions of Antoine Bello's fictional works, The Falsifiers, An American Novel, Ada, and Walker; and writing and editing reviews for the Fictional Rome website linked to The Richard Stockton College of New Jersey, as well as posting a significant number of book reviews on the leading online booksellers' websites. Those interested in my editing and publishing services can contact me by e-mail at michaeltheauthor@gmail.com. In the spring of 2019 I also edited and created as a private project on Lulu a memoir by Evelyn Jones called Our Summer with Paloma.

I myself am a published author: my memoir (depicted at the top of this page) is entitled Living Among The Swiss, and it is itself listed on the leading online booksellers' websites, including both paperback and an updated Kindle editions on Amazon.com, as well as updated paperback and downloadable e-book versions on Lulu.com. In January and June, 2007, my second and third books -- What I Learned At University, and The Trial Of Thomas E. Toolan III -- were published and are now similarly listed. My monograph, The Retirement Home Experience, is listed on Lulu.com. My second murder trial work, Neil Entwistle's Day In Court, is also listed on all sites and at all bookshops. And my two most recent trial books are The Nantucket Rape Trial, which details the acquittal on two counts of acquaintance rape of a prominent Atlanta businessman and former director of that city's Chamber of Commerce, Two 2017 Nantucket Rape Trials, which describes men who kidnapped and raped randomly and, in one case, serially, and Kevin Spacey's Aborted Trial, published in July 2019. All of these titles are also available as Kindle editions on Amazon.com's website and as downloadable ebooks plus paperback or hardcover editions on Lulu.com. 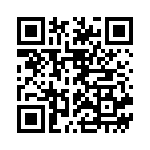