John Newton is best known as the author of Amazing Grace but this brilliant new biography shows how he led one of the most colourful and influential lives of the 18th century.Using a wealth of ... Ler crítica na íntegra

What I got most from this book was the gracefulness that saving grace gave to John Newton. In an age of fracture among English Protestants he managed to keep himself (barely) within the church of ... Ler crítica na íntegra

Jonathan Aitken is a well-known British author and former politician. He was a Member of Parliament for twenty-three years, serving in the Cabinet as Chief Secretary to the Treasury and also as Minister of State for Defense. His political career ended when he pleaded guilty to charges of perjury as a result of having told a lie on oath in a civil libel lawsuit. During an eighteen-month prison stay, he converted to Christ. He is president of Christian Solidarity Worldwide, a director of Prison Fellowship International, and executive director of The Trinity Forum in Europe. He is the author of twelve books, including the award-winning Nixon: A Life and Charles W. Colson: A Life Redeemed. 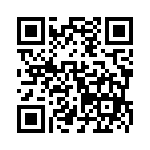