Página 17 - The heart of the wise is in the house of mourning; but the heart of fools is in the house of mirth. It is better to hear the rebuke of the wise, than for a man to hear the song of fools. For as the crackling of thorns under a pot, so is the laughter of the fool: This also is vanity.
Aparece em 622 livros desde 1611-2007
Página 17 - As for Comedy, it is (as has been observed) an imitation of men worse than the average ; worse, however, not as regards any and every sort of fault, but only as regards one particular kind, the Ridiculous, which is a species of the Ugly. The Ridiculous may be defined as a mistake or deformity not productive of pain or harm to others ; the mask, for instance, that excites laughter, is something ugly and distorted without causing pain.
Aparece em 125 livros desde 1834-2007

VICKI K. JANIK is Assistant Professor of English at the State University of New York at Farmingdale, where she teaches courses in Shakespeare, drama, comparative mythology, drama, and other topics. 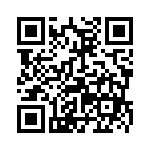