Página 11
competition) were thought to be the primary processes structuring natural
populations. This idea was championed by the luminaries of the day, including
An- drewartha, Birch, Hutchinson, and MacArthur. HSS elegantly sensitized
ecologists to ...
Página 158
2003), creating the opportunity for exploitation competition among carnivore
species. Second, because predator diets tend to be nested within one another
rather than strictly partitioned, smaller-bodied prey are subject to predation by a
larger ...
Página 514
... community changes, 20 Competition: apparent competition, 276-277, 283; as
density-dependent process, 10-11; exploitation competition, 331; interference
competition, 307, 330-331; predation and, 11, 13, 14, 22, 23 ConnellJ. 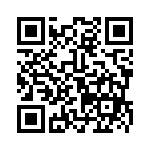