Página 144
M. Bonacieux was in the greatest perplexity : should he deny everything or tell everything ? If he denied everything , they might think he knew too much to admit it ; if he told everything , he would give proof of his good will .
Página 335
“ Fortunately , according to our marriage contract , we've left everything to the last survivor . ” “ Everything ? " asked Porthos . “ Everything . ” “ I see you are a woman of foresight , my dear Mme Coquenard , ” said Porthos ...
Página 589
He seemed to foresee everything , guess everything , forestall everything . One glance at Milady told him what was going on in her soul . “ Very well , ” he said , “ but today again you will not kill me ; you have no weapons left ...

After an idle youth, Alexandre Dumas went to Paris and spent some years writing. A volume of short stories and some farces were his only productions until 1927, when his play Henri III (1829) became a success and made him famous. It was as a storyteller rather than a playwright, however, that Dumas gained enduring success. Perhaps the most broadly popular of French romantic novelists, Dumas published some 1,200 volumes during his lifetime. These were not all written by him, however, but were the works of a body of collaborators known as "Dumas & Co." Some of his best works were plagiarized. For example, The Three Musketeers (1844) was taken from the Memoirs of Artagnan by an eighteenth-century writer, and The Count of Monte Cristo (1845) from Penchet's A Diamond and a Vengeance. At the end of his life, drained of money and sapped by his work, Dumas left Paris and went to live at his son's villa, where he remained until his death. 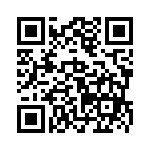