Cam Johnson is a primetime television interviewer for Northwest Cable News, a twenty-four hour news station broadcast throughout the northwestern United States. She anchored the news at stations in Texas and Oregon before coming back home to the Seattle area. She lives on Seattle's east side with her husband, who is a television reporter, and their two young children. Eat Chocolate Naked is her first book. 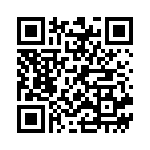