Bernabe Cobo (1582–1657) was a Spanish Jesuit who lived for many years in colonial Spanish America. 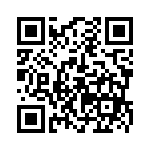